The Ripple Effect of Mishandled Evidence

Many states are adopting more stringent discovery laws to ensure that all case evidence is available to both prosecutors and defense attorneys before trial. Even for the most complex criminal cases, the physical evidence side of this equation is pretty straight forward. But, straightforward doesn’t necessarily ensure effective evidence collection and management. Take for example, the following story from the Houston Chron…

Dozens of criminal prosecutions could be in jeopardy after errors by a Houston crime-scene investigator raised questions about key evidence in cases that include 26 homicides, five officer-involved shootings and six child deaths since 2015. 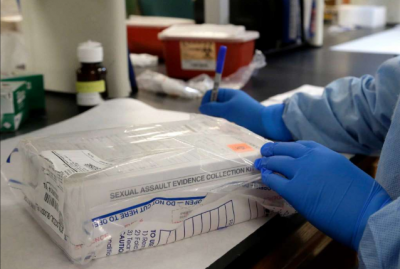 According to the article, the revelations in a crime lab audit sent prosecutors scrambling to untangle the possible problems. “Any deficiencies in the collection of evidence at a crime scene are extremely disturbing and important,” said David Mitcham, the trial bureau chief of the DA’s office. “It’s not minor. It can create problems of proof later in a court of law.”

It is the latest in a string of unrelated evidence management problems that have left prosecutors reviewing hundreds of cases in the past year. The crime scene investigator made errors by failing to gather possible blood evidence, collect weapons or shell casings or take photos at crime scenes, among other shortcomings, according to an audit by the Houston Forensic Science Center.

Related Article: Chain of Custody and a Rogue Police Officer

Houston Police Officers Union President Ray Hunt sharply criticized the crime lab and the DA’s office for their handling of the situation, saying police officers are being used as scapegoats. “I’m tired of every time they have a problem, they want to put the blame on a police officer. So let’s let it lie where it belongs –on the management of the Houston Forensic Science Center.”

The investigator repeatedly failed to collect DNA swabs or test for latent fingerprints, and left sometimes-bloody evidence – a towel or belt used to strike a homicide victim – sitting at the scene. In at least two cases, the investigator failed to take measurements of bloody footprints, and once reported he did not take photos because he “did not want to contaminate his camera equipment,” according to the audit.

In March of last year, when officers responded to a call for a shooting in progress, they found 28-year-old Johnathon Sanchez armed with a pistol; he pointed the gun at officers and opened fire, according to police. Among the evidence that the audit says was mishandled in the case was a spent cartridge case left at the scene that the investigator concluded “appeared to be unrelated.”

Allen Isbell, Sanchez’s attorney, said that the revelation will factor into the defense strategy, especially when it comes to putting together two alleged crime scenes. “The big thing is, if they say the casings found at the shooting with police officers matched the casings or bullets found where the woman was murdered,” Isbell said. “It’s two different scenes.”

The cases involving six child deaths and several instances of child abuse cited problems including findings that possible evidence may have been left behind or not reported – including a towel that may have contained blood and a BB gun. Crime scene photos revealed the evidence, but it was not collected or included in the report.

Related Article: NO JUSTICE FOR ALL – LOST EVIDENCE BOTCHES 43 CASES IN A DAY

In most criminal cases, much of the evidence is gathered, secured, and handled by a team of people in law enforcement. They’re trusted with authenticating and maintaining any evidence involved in the cases to which they’re assigned. But, what happens if they fail to do their job properly?

As the story above demonstrates, one person simply can’t do the job of many. For example, if bloody towels, a spent casing, and crime scene photos are deemed unimportant by an individual, what qualifies as relevant? And why is that decision being made by a single person? Accountability and transparency of evidence are critical for the effective prosecution and defense of criminal cases. Perhaps, if a digital tracking system were in place, it would have made the evidence collection – and handling – process much easier, and more effective.

Modern police and law enforcement agencies need to collect, access, track, and assess evidence on an ongoing basis. At Tracker Products, our mission is to (1) provide an efficient means to manage evidence, (2) ensure agency accountability, and (3) streamline the evidence management process. Automation begins in the field. By establishing protocols and a strong chain of custody – from the very start of a criminal case – disasters (and finger pointing) can be eliminated altogether.

Great evidence management is much more than a barcode solution. In addition to inventory control; managing evidence requires a system capable of producing an unbreakable chain of custody, providing documentation of evidence movement and transfer, managing the flow of digital evidence, facilitating communication between investigators and property room personnel, automating the disposal approval process and automating accountability functions like audits and inventories.

Tracker has created the most advanced evidence management software on the market, “SAFE.” Along with state-of-the-art barcode tracking, digital and physical data storage, non-amendable chain of custody, and digital signature collection, *SAFE also has an intuitive interface to make all of these functions easy to perform. In addition, you can customize this software for even better results.