Law enforcement individuals who are tasked with handling evidence have a responsibility to ensure proper chain of custody for both physical and digital evidence. By doing so, agencies are able to maintain the integrity of the evidence and prevent compromise and contamination. With digital evidence on the rise – and the increased role that DNA testing plays in the legal process – the only effective evidence tracking systems are automated. So, if your agency is still using the old pen and paper evidence tracking system, it’s time to upgrade to the world of digital.

But, not all Evidence Management Systems (EMS) are created equal. Knowing that it’s critical to honestly assess the effectiveness of your current evidence tracking system, (and the state of your evidence-storage facility) to identify areas of improvement, before searching for the right Evidence Management System for your department. You may be wondering if EMS’ are really that different. Consider the following example of an EMS that epically failed one of the most prestigious law enforcement agencies in the world.

In an article by the New York Times, called “F.B.I. Evidence Is Often Mishandled,” they reported that the FBI made the mistake of choosing the wrong Evidence Management System. The word in the title of the article that strikes a chord with Tracker is the word… “Often.” That is, quite literally, criminal in the word of evidence management.

Because Tracker is not in the habit of disparaging other evidence management systems, we won’t disclose the name of the EMS that the FBI chose, we’ll simply encourage you to do your homework before choosing an evidence tracking system for your law enforcement agency. But, before we jump to our suggestions for assessing your current Evidence Management System, let’s take a deeper look into the specifics of the FBI case.

In the article, the New York Times wrote…

F.B.I. agents in every region of the country have mishandled, mislabeled and lost evidence, according to a highly critical internal investigation that discovered errors with nearly half the pieces of evidence it reviewed. 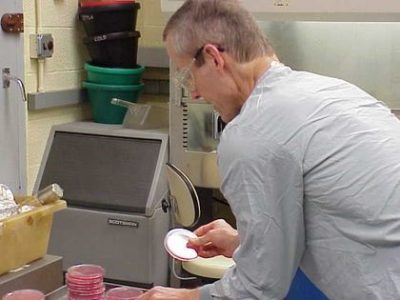 The evidence collection and retention system is the backbone of the F.B.I.’s investigative process, and the report said it is beset with problems. It also found that the F.B.I. was storing more weapons, less money, valuables, and two tons more drugs than records had indicated.

The report’s findings, based on a review of more than 41,000 pieces of evidence in F.B.I. offices around the country could have serious consequences for criminal investigations and prosecutions. Lawyers can use even minor record-keeping discrepancies to get evidence thrown out of court, and the F.B.I. was alerting prosecutors around the country that they may need to disclose the errors to defendants.

Many of the problems cited in the report appear to be hiccups in the F.B.I.’s transition to a computer system, which was intended to move the bureau away from a case-management system based on paper files. But other problems, including materials that disappeared or were taken from F.B.I. evidence rooms and not returned, are more serious.

“A majority of the errors identified were due in large part to human error, attributable to a lack of training and program management oversight,” auditors wrote in the report.

Training that should have begun with the EMS provider. This is a key differentiator with Tracker Products. As one client said, “This technology has streamlined the process of booking property and allowed us to become more efficient in our daily work. The ability to tailor the system to our individual needs and the quick response of Tracker Products’ technical support are key advantages versus other systems we researched.” — Eric Quintero, Senior CSO, Garden Grove PD

In the article, the New York Times went on to write…

F.B.I. officials said that they decided on their own to conduct the review after discovering during an internal audit that there might be issues with the record keeping for evidence.

“The FBI identified issues primarily related to the migration of its earlier record-keeping process to its updated case management system,” said Michael Kortan, the F.B.I.’s chief spokesman. “The bureau is now strengthening procedures in field offices across the country to improve administrative consistency and record-keeping.”

The errors cited in the audit range in severity from computer glitches and duplicate barcodes to evidence that could not be located. The investigation found that federal agents had removed 1,600 pieces of evidence from storage and had not returned them for more than four months. One piece of evidence in a drug case has been signed out since 2003. Another piece of evidence has been out since 2006.

Because the audit was based on a sample, the actual number of items that have been checked out and not returned is probably much higher.

Many evidence tracking systems on the market today are not much more than a glorified inventory control system. If you’re making the decision to incorporate a new Evidence Management System, it’s important to find one that solves the seven critical needs of property and evidence management. Anything else is just a new system.

If you want to know whether your current system is helping you manage your evidence effectively, ask yourself these 7 questions:

If you’re managing evidence, these are questions that you can easily answer. If not – or if you have to do anything more than a click on your browser – chances are that you need a better Evidence Management System.

Effective EMS’ should be much more than a simple barcode solution. In addition to inventory control; managing evidence requires a system capable of producing an unbreakable chain of custody, providing documentation of evidence movement and transfer, managing the flow of digital evidence, facilitating communication between investigators and property room personnel, automating the disposal approval process and automating accountability functions like audits and inventories.

In addition, Evidence Management Systems should be able to put essential information at your fingertips in real time.  Tracker Product clients are saving valuable resources by finding the information they need quickly and consistently through our customized Dashboard – including the implementation of Auto Disposition – and so much more.

To learn more about Tracker Products, Contact Us Here!