The Devastating Effects of Evidence Corruption in Child Abuse Cases

With the increase in physical and digital evidence, paper and pen tracking systems simply don’t cut it anymore. By implementing digital tracking software, you will be better equipped to safeguard evidence from the time of collection to disposition; while also holding individuals accountable for it’s handling. When tracked and managed properly, you can readily prove the evidence has not been altered, substituted, mishandled, misplaced or lost; thereby rendering it admissible in court.

There can be disastrous consequences if police officers, testing labs, legal representatives, and other evidence handlers are not working together to ensure the integrity of evidence throughout the entire lifecycle. Remember, it’s not just individuals that can fail the legal process; it begins with ineffective evidence management protocol.

How damaging can mishandled evidence be? Check out this cautionary tale…

In an exhaustive article by the Kanas City Star – How KC detectives ‘dropped the ball’ for child abuse victims – they report the problems were so deep that the Police Department had to launch an internal affairs investigation. This resulted in the suspension of 7 of the unit’s 8 detectives; who were entrusted to seek justice for raped, molested or otherwise abused children.

Below are excerpts. To read the entire article, CLICK HERE. 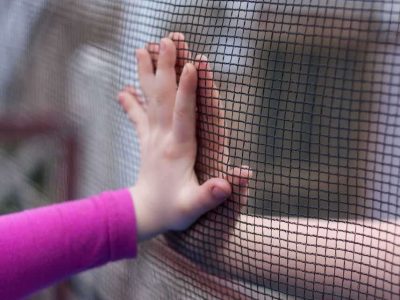 After a 3-year-old girl accused a Kansas City man of molesting her in 2013, lab tests linked the man’s DNA to a semen stain on the girl’s underwear, court records say.

The Smith case is one of scores touched by those detectives winding through the courts, warts and all. Between those cases, and ones never charged, obstacles abound in obtaining justice.

The Star first revealed the severity of the unit’s problems by identifying nearly 150 “severely mishandled” cases, including “gross negligence” and even possible police deceit.

Meanwhile, prosecutors are dealing with damage from years of failures in the unit. Their complaints simmered until one troubling phone conversation last year between a prosecutor and a detective led to the Police Department’s scrutiny of the unit — scrutiny that eventually revealed a backlog of cases, misplaced evidence, possible deceit, and at least one detective’s personal and professional dysfunction.

The investigation was sparked after a bullet grazed a 7-year-old child inside a Kansas City home. Normally, police alert the office of Jackson County Prosecutor Jean Peters Baker, but that hadn’t happened. Baker started making calls to find out why and eventually made his way to one of the 7 suspended Detective’s, Tamara Solomon.

By then, supervisors already had listed 31 of Solomon’s cases — more than any other detective — among the 156 “mishandled” cases they’d documented. In their memos, they noted that two of her cases possibly involved deceit or suspicious activity. With Solomon suspended, co-workers looked through her desk to see what work other detectives needed to pick up.

They found dozens of pieces of evidence, including many children’s interviews on DVDs, that hadn’t been properly logged. They found reports of crimes, delivered by other police agencies, that Solomon had ignored. And they found requests from Clay County prosecutors and Jackson County Family Court for more work on cases that Solomon also had ignored. One police commander called it the biggest systemic failure he had ever seen.

As a result, the Missouri attorney general’s office inherited 21 cases. Many remain pending, and some face challenges because of Solomon. Among them is a child molestation and sodomy trial.

Related: WRONGFUL CONVICTIONS – THE IMPACT OF MISHANDLED EVIDENCE ON THE ACCUSED

The many problems have compounded the already challenging work of obtaining a conviction in child abuse cases, where often there is little physical evidence. Victims may wait years to reveal abuse and it’s a child’s word against an adult’s.

But good police work can overcome challenges, prosecutors said. And since a new crew of detectives took over, area prosecutors have noticed striking improvements in the quality and quantity of that work; which is maintained through a revamped evidence management system.

In January alone, unit detectives sent Jackson County prosecutors nearly five times as many cases as the previous January. Police and prosecutors continue to pursue convictions in some of the old cases. That includes the one against Parrish Smith, the man allowed to remain free many months after a DNA hit allegedly showed his semen on a young girl’s underwear.

It wasn’t until new detectives arrived at the unit that Smith was finally charged — 2  1/2 years after police first learned of accusations. Smith now sits in the Jackson County jail, awaiting a trial set for early next year on four child molestation and two sodomy-related charges.

“It took two years to get the case filed, and if it was such a serious case and he is such a danger, I don’t understand why it would take two years,” Torrence said.

When it comes to official law enforcement proceedings, even the tiniest slip can get evidence thrown out of court. If the wrong person accesses the information, takes too long to transfer it, mislabels it, or accidentally tampers with it in any way, vital evidence could be deemed inadmissible. That’s why establishing and maintaining a clear Chain of Custody is key.

Related: WHY IS CHAIN OF CUSTODY TRACKING IMPORTANT?

In short, evidence management can make or break a court case. Important files, DNA, photographs, and other information can corroborate a suspect’s testimony or disprove a defendant’s argument so the jury, and other authorities involved, can seek justice.

If you would like to improve your evidence management protocol – using a state-of-the-art evidence tracking system – contact Tracker Products today to learn more!