Evidence Management – The Case of the Missing Bloody Jacket

Lost Evidence is More Common Than You Think

More often than not, lost evidence hasn’t actually been removed from a law enforcement storage facility, it’s been misplaced – logged into one area of a storage facility and then moved without anyone noting the new location. The impact?  Lost evidence can set a killer free or keep an innocent person behind bars for years. 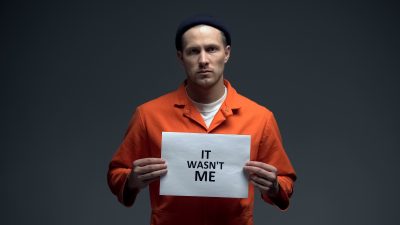 Take, for example, the following excerpts from an article in The Austin Chronicle: Hank Skinner was convicted and sentenced to die for the 1993 murder of his girlfriend Twila Busby and her two grown sons in the home they shared in the Panhandle town of Pampa. The crime scene was bloody – Busby was bludgeoned, her sons repeatedly stabbed – and while some DNA tests had been performed, there was plenty of evidence that hadn’t been tested, including a sweat- and blood-stained windbreaker. The jacket is crucial; found next to Busby’s body, the tan snap-front jacket resembled one regularly worn by Busby’s now-deceased uncle Robert Donnell, who the defense claims was obsessed with Busby and may have been her real killer.

RELATED: THE IMPACT OF MISHANDLED EVIDENCE ON THE ACCUSED

On June 1, 2012, the state dropped its opposition to the testing. But, when requesting the jacket, the AG’s Office informed Skinner’s attorney that the windbreaker was missing. The Pampa Police Depart­ment, which investigated the murders, originally held all of the evidence related to the case. When the time came for Skinner to be tried, the evidence was handed over to Gray County. Some time after Skinner was tried, the jacket simply disappeared – and no one knows where it went, said Gary Noblett, a 41-year veteran of the Pampa PD and custodian of its evidence and property storage. Skinner remains on death row as DNA testing on other items of evidence continues.

Unfortunately, Skinner’s case is not unusual. Most evidence custodians – using outdated and clumsy tracking systems – are overwhelmed by the amount of evidence that is taken in every month. To compound the problem, the majority of evidence managers are under-trained, lacking storage space and considered an after thought of most Law Enforcement Agencies.

Without proper evidence preservation and an unbreakable chain of custody, it will be difficult, if not impossible to convict the guilty or free the innocent. The system is in serious trouble, officials warn. “Evidence has been one of the biggest issues we’re dealing within law enforcement,” says Tony Widner, chief of the Graham PD. “You’re not just talking about the credibility of the department; you’re talking about a victim seeing justice.”

Evidence expert, John Vasquez, said, “The norm for most agencies is, at best, disorder.” But, then there’s “the really bad.”  He’s seen chemicals seized from a meth lab stored in cardboard stacked atop other boxes of evidence and leaking a corrosive brew; he’s seen a human skull stored without packaging or any identifying information; a grenade, stored in a glass jar – and kept in a locker easily accessible to county jail inmates – and he’s seen boxes of evidence pitched into a closet, without regard to how the agency might later locate any individual items. 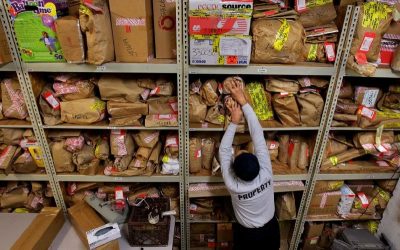 RELATED: A DECREPIT EVIDENCE FACILITY AND MISSING BUNDLES OF COCAINE

No doubt there are challenges for evidence custodians all across the country. But there’s hope. With the advent of digital tracking systems, Law Enforcement Agencies – and Evidence Custodians in particular – are capable of producing an unbreakable chain of custody, provide documentation of evidence movement and transfer, manage the flow of digital evidence, facilitate communication between investigators and property room personnel, automate the disposal approval process and schedule accountability functions like audits and inventories.

With Tracker Products, our evidence tracking software SAFE is more than just barcodes and inventory control, it’s an end-to-end chain of custody software for physical and digital evidence, resolving each of the critical issues facing evidence management today. But, don’t just take our word for it; see what a client has to say…

“This technology has streamlined the process of booking property and allowed us to become more efficient in our daily work. The ability to tailor the system to our individual needs and the quick response of Tracker Products’ technical support are key advantages versus other systems we researched.” — Eric Quintero, Senior CSO, Garden Grove PD

To learn more about Tracker Products, or read more of our popular blogs Visit Us Here!