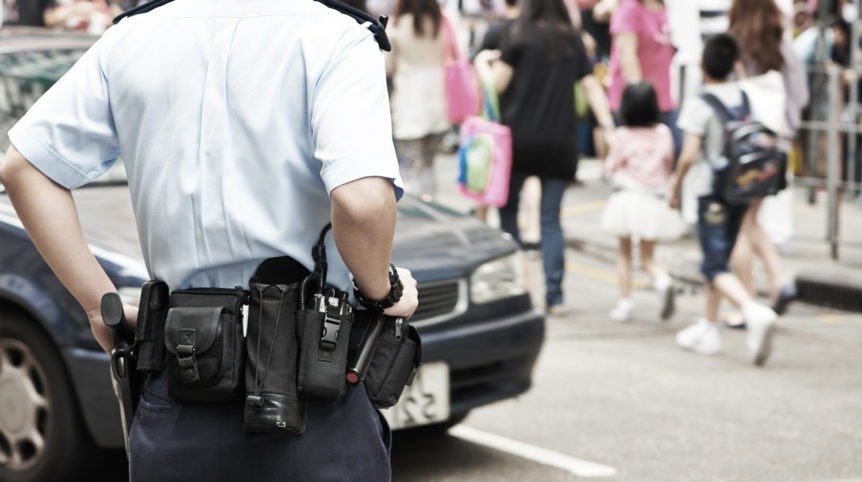 A Story of Law and Order

If evidence is the key to prosecuting crime, then a well-organized process for managing evidence is important. The Berkeley County Sheriff’s Department resolved not to allow their history to repeat itself, which included a veteran of the department being convicted of a crime due to, in part, lacking evidence practices. Berkeley County discovered the correct way to manage evidence through formal training and implementing Tracker Products to support their new, well-organized processes.

Temptation and Poor Management of Evidence

Lt. Willie Johnson was placed in charge of the Berkeley County Sheriff’s Department evidence room in late 2010. Even with no training, he realized that the facility, existing processes, and tools were not enough to support the needs of effective evidence management. “When I took over, evidence was literally falling/lying on the floor”, Johnson explained. Some items were not entered into the existing tracking system, storage locations were random, and it was taking over a week of manually searching to find items if they could be found at all. Lt. Johnson admitted that when he took over the evidence duties, it was easy to keep doing other, non-evidence tasks because turning the evidence room around was going to be a challenge.

To further explain the state of the evidence room prior to Lt. Johnson taking over, it was later discovered, that Lt. Johnson’s predecessor had taken firearms from evidence and sold them for personal gain. This officer, with over 33 years experience, was later found guilty and convicted of embezzlement. Lt. Johnson said of the situation “Our department was the victim of an ‘Officer that went bad’, but the poor record keeping and storing conditions was also an enticing factor”.

A Difficult Job, but Somebody has to Do It

The evidence room was poorly mismanaged before 2010. The room itself was not organized in a way that made storage locations meaningful. Items were not consistently entered into the existing computerized tracking system. There was little if no monitoring of the activities within the evidence room making in easy to “lose” evidence without anyone knowing. Even when Lt. Johnson decided to do his own inventory of all the items, he found the existing, computerized tracking system difficult to use for his needs.

Commitment to Get it Right

Along with the department’s, already planned, move to a new facility, Lt. Johnson attended an International Association of Property and Evidence (“IAPE”) class where they acquired knowledge on sound techniques they could put in place for handling evidence and bringing order to the situation. They replaced their existing evidence system with Tracker Software that easily supported the new processes implemented. “Because of Tracker’s features, we have started doing spot inventories monthly, a full inventory annually, chain of custody can be produced and printed, property can be found within minutes of any request, and it helps us dispose property that we wouldn’t have known was on the shelf otherwise using the old system” according to Lt. Johnson.

Not only was the knowledge gained at IAPE class and a Tracker system that streamlined the process, Tracker support resources assisted the department to set up the physical layout of the evidence room and assisted in technical and other sound evidence processes based on Tracker’s experience in working with other law enforcement agencies. “Today with the help of Tracker, the new evidence room is organized and functional,” says Lt. Johnson, “I highly recommend Tracker!!!”

The Complete Turn Around

Today Berkeley County’s evidence room is fully managed, monitored, and functional. Processes and tools that Lt. Johnson has implemented based on IAPE techniques and adding Tracker Products to support the processes have made property management within the department efficient. Evidence can now be located within minutes of a request, chain of custody reports can be produced, and inventories are performed on schedule.

It would be great to say that implementing Tracker Products solution for evidence fixed all of Berkeley County’s problems, but it took more than that. It was clear that Lt. Johnson was committed to taking over the evidence room and “do it right”. He also realized that gaining control needed to be based upon knowledge obtained from classes and working toward a difficult certification. IAPE taught him that organization of evidence is a priority. It also helped that the department was moving the evidence room to another site that was larger; this gave Lt. Johnson and team the opportunity to “start from scratch” on a full inventory of their existing items. It also allowed them to enter each piece of evidence into their new Tracker Products system where new storage locations were configured.

It would also be great to say that our product is so easy that we just sent Lt. Johnson a link, he configured it, turned it on and everything magically fell into place. While that could be possible with our products, it was more than the software Tracker provided Lt. Johnson, it was our support resources coming alongside the department to aid in implementing key processes and the experience of the support staff having attended many IAPE classes, hearing what other participants wanted from their evidence rooms, and Tracker’s experience helping previous customers carry out sound evidence tracking solutions.

There is story after story out there about officers mishandling evidence and ending their careers and tarnishing their reputations. Once Lt. Johnson accepted that he was “in charge” of the evidence room, he wanted to do it right and remove possible opportunities for evidence mismanagement under his control.