If you’re in law enforcement, you know that safe evidence storage and a secure chain of custody should be a major priority for your department. Using an outdated tracking system, has a negative impact on things like protocol, chain-of-custody and even the management of storage facilities. The list of negative consequences due to damaged, lost, or stolen evidence, is extremely grim – unsolved murders, rapes, robberies, and drug busts. Meaning, the cases that are dismissed in court, due to evidence mishandling, opens prison doors and frees perpetrators to commit more crimes. 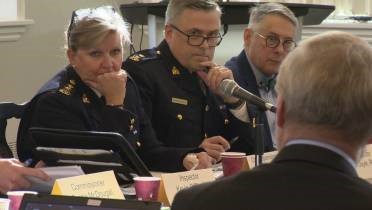 “A Brooklyn prosecutor called the Police Department laboratory to check on a test of drugs that had been seized six weeks earlier. The drugs were nowhere to be found in the laboratory. As officials hunted for the evidence in that case, they made a startling discovery: The drugs seized in 42 other arrests made in Brooklyn that same day also vanished without a trace. Think about it; if that can happen in a single day of evidence mismanagement, how many other cases can be affected in a week/month/year/decade?

Dr. Peter Pizzola, the director of the laboratory, said, “A search was conducted, disclosing that an entire bundle of narcotics, involving 43 cases in total, which should have been submitted to the laboratory for examination, was not present. Additionally, all paperwork associated with this delivery was also missing.”

Authorities in Brooklyn said that they could not immediately determine what had become of those 43 cases, but without the evidence — much less the laboratory analyses, which were not performed— it was unlikely that any prosecutions could have taken place.

Related Article: Lost Evidence and the Most Famous Missing Child in History

At least once a day, Brooklyn police couriers travel to every precinct to collect sealed evidence bags that contain suspected narcotics. As the evidence is handed from one officer to the next, the chain of custody is supposed to be documented in evidence vouchers. Then the evidence bags are bundled into larger bags — similar to plastic garbage bags — and taken by the courier to the laboratory, generally late at night. There, the bags should be logged by officers and stored in the Evidence Control Section until the contents are removed for analysis.

This was the procedure that should have been followed, but… “The messenger had no receipt proving that the evidence had been submitted to the laboratory,” Dr. Pizzola wrote. 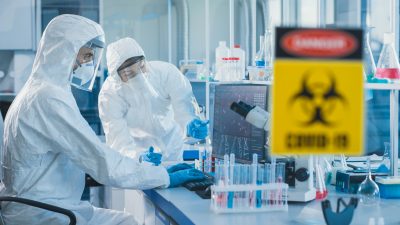 What happened next remains a mystery. There is no record that the drugs – including marijuana, cocaine and heroin – were ever logged into the Evidence Control Section. It appears certain that they never were checked out by any of the 100 scientists in the lab.

In his letter, Dr. Pizzola said he had been told by investigators with the department’s Internal Affairs Bureau that, “In their opinion, the laboratory’s Evidence Control Section was responsible for the loss of 43 cases of narcotic evidence.” He summed up the episode with a question: “Was it a criminal act by a member of the laboratory, or accidental loss of the evidence by mistaking the bundle as trash, or another error?”

Because they were using an outdated evidence tracking system, they will probably never know the answer. It’s important to note, this is an example of a system, not a human, error.

Related Article: THE IMPACT OF MISHANDLED EVIDENCE ON THE ACCUSED

Knowing what you have stored in your property room isn’t enough to help you manage the flow of evidence through your agency. Many evidence tracking systems on the market today are not much more than a glorified inventory control system. If you’re making the decision to find a new evidence management system, it’s important to find a system that solves the seven critical needs of property and evidence management.

In addition to inventory control, managing evidence requires a system capable of producing an unbreakable chain of custody, providing documentation of evidence movement and transfer, managing the flow of digital evidence, facilitating communication between investigators and property room personnel, automating the disposal approval process and automating accountability functions like audits and inventories.

If you’re curious about whether your current system is helping you manage your evidence, ask yourself five questions:

Do you need a better tracking system for managing evidence, collections, assets, legal records, or other sensitive information? We can help you get back on track.To learn more about Tracker Products, Visit Us Here!