If Your Evidence Warehouse Could Talk

Most, if not all, evidence custodians – and the police departments they work with – would like a more effective evidence management system, however, many people and agencies are resistant to change, because automating your tracking process can seem like a daunting task.

But, what if you knew that a fixed attitude is affecting your police department’s ability to protect and serve the people of your community? What if – by not automating your evidence management system – you’re aiding and abetting criminal behavior, that will affect the lives of countless new victims? 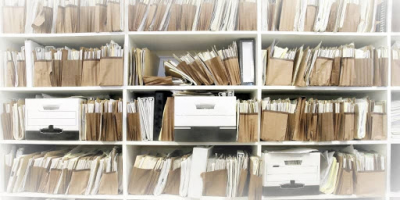 Don’t think this applies to your police department? You just might be surprised.

Consider this powerful – not to mention, incredibly moving – article by the Atlantic…

“Robert Spada walked into the decrepit warehouse in Detroit and surveyed the chaos: Thousands of cardboard boxes and large plastic bags were piled haphazardly throughout the cavernous space. The air inside was hot and musty. Spada, an assistant prosecutor, saw that some of the windows were open, others broken, exposing the room to the summer heat. Above the boxes, birds glided in slow, swooping circles.

It was August 17, 2009, and this brick fortress of a building housed evidence that had been collected by the Detroit Police Department. Spada’s visit was prompted by a question: Why were the police unable to locate crucial evidence? The answer lay in the disarray before him.

As Spada wandered through the warehouse, he made another discovery, one that would help uncover a decades-long scandal, not just in Detroit but across the country. He noticed rows of steel shelving lined with white cardboard boxes. What are those? He asked a Detroit Police Officer who was accompanying him. Rape kits, the officer said.

Spada pulled out a box and peered inside. The containers were still sealed, indicating that the evidence had never been sent to a lab. He opened four more boxes: the same.

Eventually, 11,341 untested rape kits were found, some dating back more than 30 years—each one a hermetically sealed testament to the most terrifying minutes of a woman’s life, each one holding evidence that had been swabbed or plucked from the most private parts of her body. And in all likelihood, some microscopic part of her assailant—his DNA, his identity—sat in that kit as well.”

Tragic, but unfortunately not as uncommon as you might think.

RELATED: A BUMBLING COP OR A FLAWED EVIDENCE TRACKING SYSTEM?

Why does it happen? A wide host of overarching challenges affect the efficacy of a criminal evidence management system. Most police evidence departments are underfunded, understaffed, and overwhelmed by sizeable backlogs. In an effort to simply keep up, evidence custodians are performing “evidentiary CPR,” which places a great deal of focus on the day-to-day intake and management, but without the case officer’s ongoing participation the long-game (disposition) gets neglected. The result? Bloated and dysfunctional storage facilities that become a nightmare for most evidence managers, not to mention prosecutors.

The reality is that funds for new evidence facilities or additional evidence custodians get tied up in red tape, fruitless negotiations and a never-ending pass-the-buck hierarchy resulting in overcrowding, and ultimately lost or damaged evidence. It seems that, for most evidence management departments to make their way to the front of the line of priorities, they must first suffer a crisis or even a scandalous plot twist, like the story above.

Most evidence custodians are inundated with a mountain of evidence crammed into overflowing warehouses, hoping that nothing will be damaged or lost, and their concerns seem to be discounted because of “more pressing” law enforcement issues. Meanwhile, criminals that could be arrested based on evidence that’s already in the warehouse, are free to wreak havoc on the community. 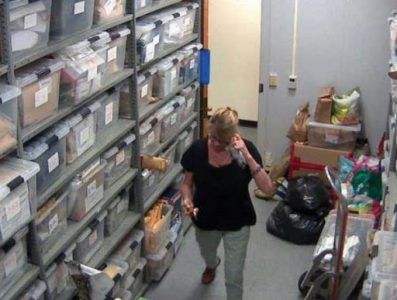 Opening most police evidence rooms makes “you just want to cry,” stated Rebecca Brown, an Innocence Project policy advisor who is working with the U.S. Department of Justice-funded group to develop a set of national standards for evidence handling and storage. “Evidence rooms have often been … I wouldn’t say forgotten, but not resource-heavy,” she said.

The lack of an effective evidence-tracking system has been the Achilles heel for most police departments. By automating the process, evidence managers don’t have to manually rifle through a mountain of paperwork, or check multiple systems to see the item’s history. For example, Tracker Products software automatically sends the submitting officer a retention review request to approve the disposal of the item, if appropriate, or request to keep the item for a specified period of time before the next review. This consistent review process systematically identifies unnecessary evidence in a timely manner, which means only pertinent evidence is warehoused.

So if your warehouse could talk, it would say… if you got rid of all the outdated evidence, you might just find some serial criminals in here. For example, since Cuyahoga County began forklifting its rape kits, prosecutors have indicted nearly 750 rapists in cold cases and convicted more than 400 of them. Detroit, which got a later start, has convicted some 175 men.

RELATED: EVIDENCE MANAGEMENT: THE KEY TO CATCHING THE “BEDROOM BASHER”

Another evidence management challenge seems to be a disconnect between the systems that officers use to log evidence in the field, and the systems evidence managers use to track it. With Tracker Products, evidence logging can begin in the field or the evidence submission area. The intake process can be as simple as inspecting the package and two or three scans later, it’s ready for storage. It’s just that simple. Every action is securely recorded maintaining an unbroken, unimpeachable chain of custody.

In short, accountability of evidence is critical for the effective prosecution of criminal cases, but effective evidence management systems don’t only address the evidence itself, it should provide easy access to those involved in each case-specific chain of custody: evidence custodians, case officers, and other approved internal and external contacts. With Tracker Products, all stakeholders can see the evidence associated with a specific case, from anywhere in the world.

If you want to do your part, to protect and serve, with a state-of-the-art evidence tracking system, contact Tracker Products today to learn more!