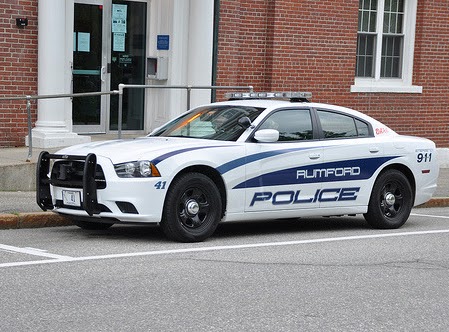 There’s so much negativity in law enforcement right now – people highlighting what departments are doing wrong – so we are trying to turn that narrative around by shining a positive light on the things police departments are doing right. Because Tracker Products works directly with the evidence management element of law enforcement, we decided to sit down with evidence custodians, and their management, to see why and how they are committed to improving. 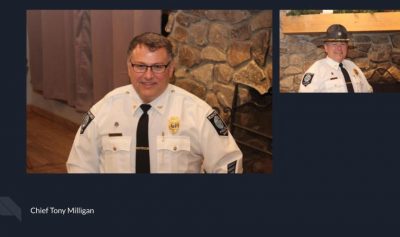 Tony has been with the department since 1988, but on assignment for the last 27 years with the Maine Drug Enforcement Agency – where they used Tracker Products’ SAFE technology. He came back to Rumford PD, after leaving drug enforcement, to assume the post as a Chief of Police in January of this year. 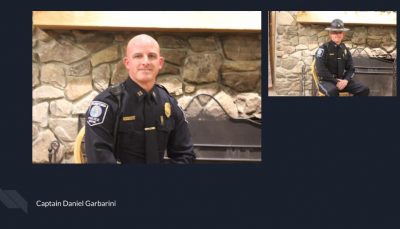 Dan has been at Rumford PD for 23 years and has been doing major crimes for thirteen.

About their evidence tracking history, Dan said, “In 2013, Rumford PD jumped on board with Tracker [for about a year] and then there were some challenges with the financial piece; which was a huge loss for us because we only were just tasting a bit of what Tracker offered in that short term. So, we had not yet seen the fruits of the overall benefits. When chief Milligan came to us this year, we realized, Holy smokes, we need a better system, a better way to manage and track our evidence.”

When asked, “Why did you choose Tracker’s SAFE technology in particular? I’m sure you looked at other things.”

Tony responded, saying, “When I was assigned to Maine’s Drug Unit, I was kind of raised on SAFE.

When I came back to Rumford [in January of this year], we had a records management system, and like any officer, putting everything all in one basket makes the job much easier. So, I went to our provider and said, Okay, I’m not happy at all with the evidence management piece of this. And they kind of chuckled at me and said, Well, that’s because you’re using it for property. You really need the evidence management module.

So, my instinct was… Okay, well, turn it on. I learned it wasn’t quite that easy. So, I set up a webinar and had them give me a sales pitch. Show me, teach me what your product is all about.

I’ve gotta tell ya, we went through two hours of demonstration. And I’m waiting for that razzle dazzle moment. But, I was so unimpressed. Not only with the product, but with the price. It was a complete waste of my time. So, we put that off to the side and turned towards you.”

As a side note, Tony added, “If you can get everybody in the state of Maine, under Drug Enforcement, to all agree and comprehend a system like Tracker Products, you can manage anything that the [evidence] world wants to throw at you. And, once agents here gave Tracker a chance, they realized, Wow, this is huge.”

We changed gears and asked, “You said something about AHA! moments. Do you have any one in particular that you can share?”

Tony said, “When I came back here, knowing what I knew about Tracker, and started talking to Captain Garbarini about Tracker, there was some pushback because… change can be scary. When you talk about evidence, that’s in your blood, right?

We take pride in the work that we do. We have a small community, a small force, but we work very hard, and it just seemed that we could do a better job with our evidence management. So, I went to our old provider to try to find out: How much drugs do we have in evidence. What do we have for currency? What do we have for firearms? I couldn’t find it.

So, the first AHA! moment was when I asked those questions… and they couldn’t be answered. It frustrated Dan. You know, a little secret? I kind of wanted him to get frustrated so I could have a starting point to move us towards Tracker.”

We asked, “Will you tell us some of the practical things you implemented with Tracker?”

Tony said, “Before SAFE, we were doing a pretty good job of documenting what the evidence was, but we were not doing a good job of itemizing items with unique numbers. It really wasn’t important, as far as our old evidence management system was concerned. So, that was a little bit of a learning curve.

There was an AHA! moment when we were entering stuff manually into our spreadsheets to be imported digitally by the Tracker team. There were some items that were not numbered. It made us realize that it makes it really difficult unless you take all of your evidence from a case and keep it all together in one spot; which is the old way of doing things.

With SAFE, we don’t care what bin or what shelf it’s in. It’s got a barcode. It’s like FedEx, you just scan it and put it wherever you want to put it. It was kind of fun, because before, we were so focused on putting it in one single bin and it’s like, we don’t care… put it in that bin if you want. It doesn’t matter.

We were working SAFE for a week and I said, Hey, just for the hell of it, let’s let’s pull up case number one, two, three, four, and see how long it takes us to find the evidence.

So, we went into SAFE. It told us right where everything was and Dan just pulled stuff out from different bins with a big smile on his face. He said, This is awesome. I’ve never experienced this before.

Putting evidence in different locations makes much more sense for us and it has saved us an incredible amount of room. I mean, now we have 50% or more space than we had before because of SAFE. And that is prior to purging stuff. It’s crazy!”

We asked, “Have there been noticeable challenges using Tracker’s SAFE technology?”

Dan said, “One thing that I’ve noticed – and this is more from a data entry side – if you’re going to add evidence,  SAFE mandates that certain fields need to be completed. Our other program did not require that. And so, [in the past] you might just get what the officer knew, or a partial piece of that information. Tracker’s not going to let you complete the task until you have all that information.

But, there’s a huge benefit in terms of being able to track who the witnesses are, and who the physical item actually belongs to. All of that is attached to that case, and it’s at our fingertips. Not to mention… now, our evidence room is all automated. We have our computer, our printer, everything is right there; where before we were writing things in a book, and then that would translate to whatever box.

Now it’s just a matter of evidence … click, click and then put it in a box and then you’re good to go. And we haven’t even really experienced the overall benefits, like when it goes to the lab – who does their own thing to take it in – and Tracker shows the chain of custody of it. It’s pretty exciting to think of the opportunities moving forward.”

Tony added, “We haven’t done a discrepancy or an audit report yet. We’re very close to pulling that trigger. And we’re pretty excited to be able to do that; we’re anticipating great results. We’re anxious to go through and experience that, Because I think that’s going to add to the level of pride… that we did the right thing, and this needed to happen.”