Evidence Destruction and the Body Under the Bridge

In today’s world of law enforcement, the amount of evidence that’s collected for each crime has increased dramatically. That means the way evidence is collected, submitted, preserved and tracked has to change just as drastically. It’s not enough to have well-trained officers in the field, if the evidence they’ve worked so hard to collect is contaminated, lost, stolen, or mistakenly disposed of.

There are three main components that contribute to an effective evidence management system.

1. Digital Tracking Software – It’s imperative to have state-of-the-digital tracking software in order to keep up with the volume and the movement of every piece of evidence. An advanced evidence tracking system will simplify, streamline, and secure physical and digital evidence management throughout its entire lifecycle. Many evidence tracking systems on the market today are not much more than a glorified inventory control system.

In addition to inventory control; managing evidence requires a system capable of producing an unbreakable chain of custody, providing documentation of evidence movement and transfer, managing the flow of digital evidence, facilitating communication between investigators and property room personnel, automating the disposal approval process and automating accountability functions like audits and inventories.

2. Training – Evidence Management training is key to ensuring the integrity of the evidence – from collection to disposition. In order to ensure true justice for victims and their perpetrators, there must be clear evidence handling protocols in place and a rock-solid chain of command for those involved with its handling, preservation, and tracking.

3. Adequate and Organized Storage – Most evidence custodians are inundated with a mountain of evidence crammed into overflowing warehouses, hoping that nothing will be damaged or lost. Most police evidence departments are underfunded, understaffed, and overwhelmed by sizeable backlogs. In an effort to simply keep up, evidence custodians are performing “evidentiary CPR,” which places a great deal of focus on the day-to-day intake and management. This can wreak havoc on the criminal justice process.

What can happen if your Evidence Management System doesn’t include these three crucial elements? Check out excerpts from this worst-case, cautionary tale… 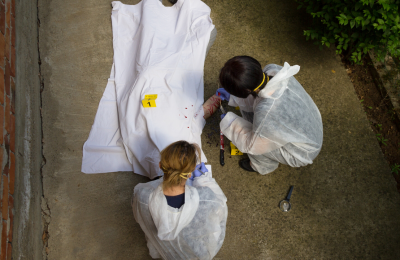 The body of Deborah Lynn Oberg was found under the Hoan Bridge in Milwaukee. The 28-year-old single mother had struggled with the man who assaulted and stabbed her outside the Summerfest grounds. During an autopsy, the medical examiner discovered the assailant’s pubic hairs. But even with continuing advances in DNA technology, Oberg’s killer likely will never be caught.

That’s because the Milwaukee Police Department destroyed the evidence in her case — along with at least 50 other homicides. Police trashed the evidence, well after authorities became aware of DNA’s value in solving crimes. While most of the homicide cases were closed, some remained open and unsolved, a Milwaukee Journal Sentinel investigation found.

The department’s reason for the destruction? Making more room in the storage facility.

Oberg’s younger sister, Valerie Bishop, said she was not told the truth about what happened until last year. “I want to know who killed my sister, and why did they just leave it go like she was nothing?” Bishop asked during an interview with the Journal Sentinel. “Who is accountable for throwing away her evidence, and why weren’t we ever informed or told?”

On the last night of Oberg’s life, she and Bishop went to Summerfest with their mother, their mother’s boyfriend, and Bishop’s then-husband.

It was a rare night out for Oberg, who was raising an 11-year-old daughter and 9-year-old son on her own. Money was tight, and she was excited when she got free Summerfest tickets at work, Bishop said. They listened to country music, ate fried eggplant, and drank a few beers.

RELATED: CHAIN OF CUSTODY AND A ROGUE POLICE OFFICER

At the end of the evening, the group headed to a tavern in the 300 block of North Milwaukee Street, where they had parked. Oberg’s mother and her mother’s boyfriend left around midnight, taking the car. The others decided to stay awhile. A guy with a big wad of cash joined their group and kept buying them drinks. He introduced himself as Don, spoke with a southern accent and said he was from Texas.

To Bishop, he seemed very nice.

By around 1 a.m., Bishop and her husband had to get back to their baby. They called a cab, but Oberg was chatting with the stranger and didn’t want to leave. “She said, ‘I’m a big girl now, Val. I can take care of myself. Don’t worry about me,’” Bishop recalled. “We grabbed our stuff and my husband and I left.”

Less than four hours later, a bicyclist found Oberg’s body under the bridge.

During the time of the murder, the Milwaukee Police Department’s evidence was stored in the basement of the Police Administration Building. The place was a disaster, according to the people who worked there at the time.

Evidence was stored in large boxes, which were put into bins with handwritten numbers on them. Nothing was computerized. It was tough to forge a path through the boxes, according to Thomas Kondrakiewicz, who had been a sergeant at the facility. As the basement overflowed, police moved some of the materials to the District 5 station house on the city’s north side and some to a couple of empty rooms in the downtown branch of the Milwaukee Public Library.

A lot has changed since then. Today, Milwaukee police evidence is stored in a warehouse with ample space, and a computerized barcode system helps officers keep items organized.

To read the full article, titled “A killer left DNA evidence behind. But Milwaukee police destroyed it,” CLICK HERE. 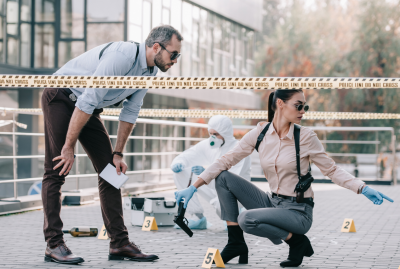 Proving that an item has been properly handled through an unbroken chain of custody is required for it to be legally considered as evidence in court. But sometimes, things go wrong. Why? Because the old way of tracking evidence doesn’t include: Digital Tracking Software, Evidence Management Training, and an Adequate, Organized Storage Facility.

Tracker Products SAFE software can solve the first problem with a completely browser-based evidence software solution that allows you to enter, view and edit records, print reports and barcodes, and more, via the web browser of your choice. No software to install on computers or servers, no updates that require IT support. Our Software Development team manages system-wide updates on a scheduled basis guaranteeing you have the latest enhancements at your fingertips.

And, our sister can help with Evidence Management Training. They are committed to “Standard Setting” training for evidence custodians in a relevant and engaging two-day training class. Once complete, they provide: 1) auditing services to ensure that your evidence is being effectively, efficiently and sustainably managed and 2) consulting services to provide a blueprint for addressing critical evidence management issues.