They Should Simplify, Streamline, and Secure Evidence and Solidify the Chain of Custody 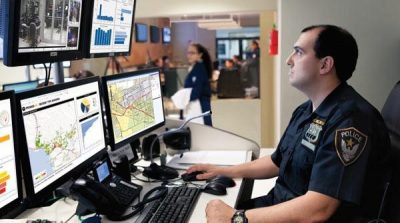 How quickly can you find inventory answers today? Is it painful for you to provide consistent monthly and annual reporting statistics?

Without an automated Evidence Tracking System, Law Enforcement Professionals face inefficiencies, but most are unaware of how much time (and money) they waste when handling both physical and digital evidence.

Managing physical and digital evidence – from intake to storing, chain of custody, and disposing of items –  without an effective tracking system; means that officers, investigators and evidence custodians spend countless hours entering duplicate evidence descriptions on paper forms or clumsy, obsolete computer systems. Entering and tracking evidence manually, or into multiple systems is not only ineffective, but it also makes preparing for court a slow and inefficient process.

As Brad Drayna,  a lieutenant with the Richfield police in Minnesota, said, “I was a brand new officer, responsible for inventorying evidence and where it was stored. It was kind of a pain for us because we had to do the handwritten inventory sheets in packaging and sealing the bag properly and then storing it into this antiquated a chain-link fence cage essentially. When I was promoted to sergeant in 2012, I took over; including running the property room.

There was stuff on the shelves that showed, ‘disposed’ in the old system that was still there! So a number of things that should’ve been disposed of years ago, remained on the shelves. We used to have a handwritten ledger to track out ins and outs of property, but I wanted things to be easy, efficient and organized to track evidence. Then we tried a software vendor, but they stopped supporting the entire software platform.”

So began their thorough search for a new Automated Evidence Tracking Software System.

An automated system streamlines the evidence tracking process for Evidence Custodians. It provides a fast and easy way to input evidence, makes record searches more efficient for investigators and prosecutors, and assigns timely alerts to help agencies dispose of obsolete evidence. That last point is key. The biggest struggle most law enforcement agencies share is lack of space. The common cure? Buy or lease additional storage facilities. Additional locations can not only be outrageously expensive but a logistical nightmare as well.

As Dave Simpson – Director of Technology, Frederick County Sheriff’s Office – said, “By implementing Tracker, we have been able to get rid of so much evidence that we stopped plans for a new storage facility for the property and evidence department.”

A great evidence tracking system is also capable of producing an unbreakable chain of custody, provide documentation of evidence movement, facilitate communication between investigators and property room personnel, improve accountability functions, and ultimately, automate the disposal approval process. Additionally, it should allow customizable access for relevant personnel and enable officers to be more productive in and out of the police station; as well as improve the process for detectives and prosecutors who are preparing for court.

Knowing what you have stored in your property room is just the beginning. Your Evidence Tracking System must help you manage the flow of evidence through your agency. Many evidence tracking systems on the market today are not much more than barcodes and a glorified inventory control system. Some agencies will attempt to use their RMS (Records Management Systems) for evidence management, but these systems simply don’t measure up. If you’re making the decision to find a new evidence management system, it’s important to find a system that addresses the critical needs of your property and evidence management.

As Brad Drayna said, “I think one of the premier things I’ve noticed over the years that I’ve been with Tracker Products is the customer support. I mean, in no other company does the CEO come out and meet with me almost yearly and have my personal cell phone number. And so the customer support from Tracker’s been hard to compare with.”

To learn more about Tracker Products, contact us today!