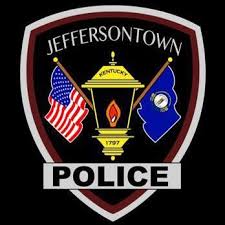 In this interview, we spoke with Debra Wood, who single-handedly runs the property and evidence room for the Jeffersontown Police Department. Part of her duties involve: keeping track of all the evidence, taking items to the lab, retrieving them, and storing/managing all of the items.

A representative of Tracker Products SAFE Software asked, “What was it like before you had SAFE?”

Debra said, “The problem with our old system was… the information was on our computer’s hardware. One time it went out and I lost all kinds of information. Luckily, I had paper copies at that time; so I had to reenter all those items that we had lost. That took a lot of time.”

The Tracker representative said, “Yes… I’m sure. Which means you were probably looking for a better evidence tracking system. I would assume that you researched other tracking software… What made you pick Tracker?”

Debra said, “I had heard about Tracker from several different agencies. Then, I went to a couple agencies and that’s where I got the information.”

The Tracker rep. said, “You’ve been using SAFE for about 2 years now. After you heard about it from other people – and reviewed the features – did anything stand out for you?”

Debra said, “The cloud-based platform, the support worked well… and the scanning feature.  Also, the auto disposition tracks how long we have had an item from a defendant – or someone that was arrested – or somebody’s personal property that the jail wouldn’t take. It tracks how long we’ve kept that.

And after a certain amount of time, the officer then gets an email saying, You need to look at this and review this. Are we still having to keep this? They’re also required to tell me why we’re still having to keep this… Is the court case still going on… Is it over? Then, they give me a response. I am able to update the system and put in there that we can get rid of it, or that we have to keep it because of an ongoing court case.

We have items that have been kept for 15 – 20 years because the officer just didn’t want to let go of it; or they’ve totally forgotten about it. Well, with this system, it’s reminding them, and I have been able to get rid of all that stuff. They are reminded about those dates constantly.”

The Track rep. asked, “Did you get any pushback from the 52 officers at your station when you went to a new tracking system?”

The Tracker rep. asked, “What’s your intake process like? Spell it out for me.”

Debra said, “The officers bring the item in, they log it into the Tracker system, it prints out a label for them, they put the evidence into a Manila envelope – [or something larger, if necessary] – they put a label on the package, and then they put it into a temporary locker. Once it goes into that temporary locker, they’re done with it.

The next few days I come in, and I pull everything out of a locker. I can scan it, and pull it up and I can move the items to a shelf. That’s going to be where it’s going to sit until their case is done.”

The Tracker rep. asked, “How do you organize your warehouse? Meaning, do you say… all drugs go here, or is it more like… this is the right size for this area?”

Debra said, “Very seldom do you get anything that’s the same size. We have a large, caged area that all the narcotics go into. Then I have a large space that the money goes into. And then I have a large gun cabinet that the guns go into. Everything else is kind of in a general area. I do have a place for ‘oversize’ – when they do not take backpacks, luggage, et cetera at the jail – the officer has to bring it back here.”

The Tracker rep. said, “I’ll go back a little bit to auto-disposition. Have you found that the Tracker system has helped you to create more space in your facility?”

Debra said, “Absolutely. Because the officers receive a task, in their email, and they have to answer that task. They go back into the system and the system will also tell them how many tasks they have outstanding. Once they do those, I can mark them… they’re going to be either drug-destroyed or… all our firearms go to Kentucky state police.”

The Tracker rep. said, “And, the disposal process itself… could you paint that picture for me? What physically happens with the things that you’re disposing of?”

Debra said, “I have to have a full list – which I can pull out of the Tracker system – which is another good thing. I make the list out of the Tracker system. I can interpret it down, so the judge will understand it. All those papers have to be sent to the judge. A Commonwealth attorney has to sign it, and a judge has to sign. Those papers have to be notarized. They come back to me, then I can pull the items and have them destroyed.”

The Tracker rep. asked, “Do they respond in a relatively timely manner?”

Debra said, “I have to have a detective take the papers down to one of the offices. Their secretary gets them to sign it. Then they’ll call, and the detective goes back down and picks it up. It’s always been relatively fast.

The problem is, now there’s been no court for months. So, we haven’t been able to do it for quite some time.”

The Tracker rep. asked, “What about personal property? I mean, what’s that process like now?”

Debra said, “Personal property is… backpacks, it’s personal items – that the jail won’t take. They have to bring those back. They put them in a locker. It’s hard to fit in there, but they’ve got their life in a backpack. They are notified when they are logged into the jail, that their items are here. And they sign a paper saying they have 10 days to get it, or it will be destroyed. That’s not true… often I hold it for much longer than 10 days.

I do the blanket court order, where everybody signs on it; that may be six months down the road. If they have an actual address, I will also send them a letter telling them… You need to come get your stuff or it’s going to be destroyed.

Now, when they come here, there’s a property release form, in the Tracker system, that I print out, they sign it, I get a picture of their ID, make a copy of it, and then I take their stuff out to them.”

The Tracker rep. asked, “And how has Tracker made your life easier?”

Debra said, “The updates … the officer’s allowing me to get rid of stuff much earlier; stuff that they have completely forgotten about. I have numerous offers that have retired, and, of course, they’re not updated. There’s a lot of items from retired officers that I’m having to go to command staff and say, Can I get rid of this? So, I’m getting rid of a lot of stuff.”

The Tracker rep. asked, “If somebody else was considering Tracker Products, what would you say about it?”

Debra said, “Just the main thing…. reminding your officers to get rid of stuff, making lists, and the cloud-based software means you don’t have to be at work constantly to update things. You can do it from your home – which is what came in real handy over the past few months.”