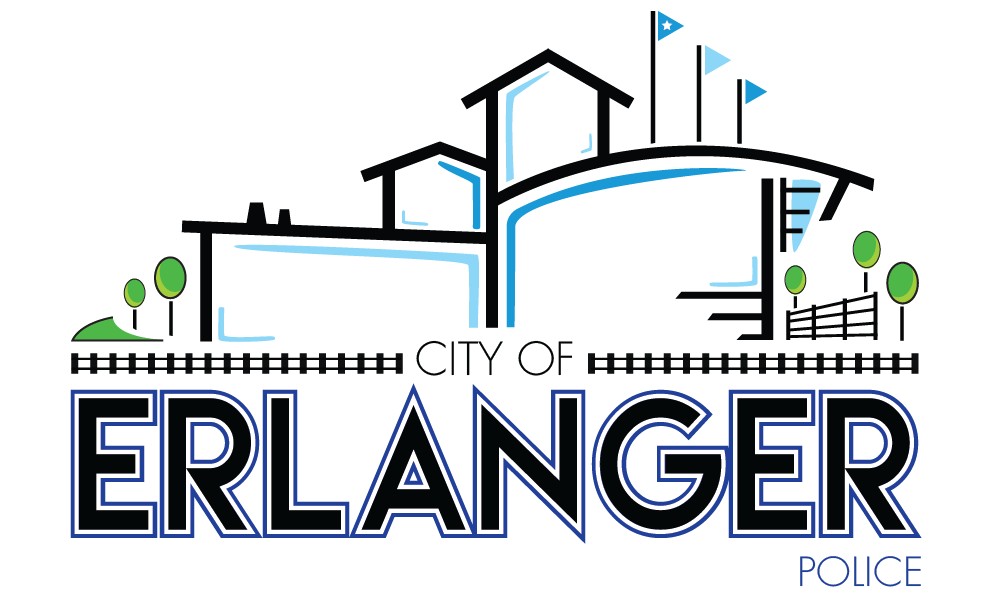 Tracker Products recently conducted an interview with Douglas (Doug) Eagler of the Erlanger Kentucky Police Department. The intention of the interview was to understand some of his department’s challenges, solutions, and best practices when it came to evidence management. We asked him to introduce himself and to tell us a little bit about his path to becoming an evidence custodian. 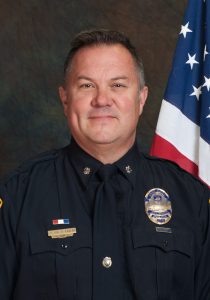 He said, “My name is Doug Eagler, and I am the training officer at the city of Erlanger, Kentucky Police Department. We’re about 47 sworn in Northern Kentucky – about 8 miles south of Cincinnati. I’m in my 29th year in law enforcement.”

A Tracker representative asked, “What about your work history led you to the role of evidence management?”

Doug said, “I retired as the assistant chief in 2016 and I had what we call a… ‘relapse’ to come back. I came back as a training officer. I am responsible for setting up and tracking training for all the officers, hotel arrangements, compliance with all the training requirements – that are increasing – teaching firearms, and overseeing field training officers. The position included oversight of evidence. Due to Cov19, we lost a part-time evidence clerk position. Now I’m doing that pretty much by myself; in addition to other duties.”

The Tracker rep. asked, “And what does your current evidence management role entail exactly?”

Doug said, “When evidence comes in I confirm: that it’s packaged correctly, that it is safe to process and handle. And then, chain of custody, I  have to ensure that the evidence is tracked from the date and time that it was located and processed, all the way through until it is disposed of.

As for the officer’s duties – upon intake – they pull evidence in and they hand-carry those items back to the police department and check those into temporary lockers. I take the evidence from there.”

RELATED: THE EVIDENCE MANAGEMENT ROLES OF CUSTODIANS AND OFFICERS

The Tracker rep. asked, “How long have you been using Tracker’s SAFE software?”

Doug said, “It’s been about a year and a half now. We’re kind of unique here, in that we’ve had a long relationship with Tracker Products. They were actually our neighbor… I can see their old office from my office right now. So, we’ve been with Tracker Products – even before SAFE – for a number of years. So for us, that made the transition much easier. 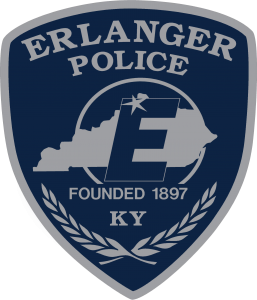 I think we were one of the initial agencies that they used to develop that program, to begin with. So, it’s just a long-standing relationship. Before that, it was paper and pencil.”

The Tracker rep. asked, “How is Tracker’s SAFE software different or better than the previous version of the Tracker platform?”

Doug said, “It’s more user-friendly. The barcodes are easier to see, easier to print. It has a lot more capabilities and a much easier officer-user interface. We were very excited about the SAFE mobile app because, in my opinion, that’s where [tracking is] going. And that’s where it should go; to get better information in the field, in terms of taking pictures, live metadata, and where that item is actually tracking. I think it enhances the quality of the evidence and the chain of custody. And the interface is very good. It’s a very capable and powerful program in terms of searching and doing what you need to do to manage the evidence.”

The Tracker rep. asked, “Before Tracker, was there a situation that presented itself where you said… We have got to get on some digital software here. This is a nightmare.”

Doug said, “When I was heading out of the organization – where I had been a detective for about nine years – I had to pull out all of the items [that had been my responsibility], and we filled up a room. On my last day, we went through and hand wrote down all those items in order to change the primary officer responsibility from me to the next detective that was going to be handling my open cases. And that was a nightmare. That would have been probably 2006, when the organization was still primarily using pencil and paper. I’ve been electronic, with Tracker Products, since then – as have all my officers.”

The Tracker rep. asked, “How has the disposition process changed for you with the new SAFE software?”

Doug said, “The auto disposition… We were really intrigued by that because – as any evidence/property room person will probably tell you – you have to be on top of items-in and items-out; otherwise it can get out of control very quickly.

We’re very excited about the auto disposition feature, so that we could get the officers more involved in their own cases and their dispositions. The auto disposition feature of SAFE allows us to send a message to that officer electronically 24/7. It’s a task that will pop up and say, your case from three months ago needs to be looked at. They can very quickly take a look at that case, check the court files, see where they’re at, and tell us whether or not we need to continue to keep that item or to approve the item to be put on a disposal list.

RELATED: EVIDENCE AND AUTO DISPOSITION: WHAT IT IS, WHY IT’S IMPORTANT, AND HOW IT’S DONE!

We are much more efficient with our process and processing items – all the way through to disposal – because of that feature. It saves a lot of time and gets the whole organization involved,  rather than just paying one person  to go through and research disposals.”

The Tracker rep. asked, “And do you feel as if your warehouse is in good shape because of that feature?”

Doug said, “Yes. I think that feature makes our operation much more efficient and provides a lot more accountability.”

The Track rep said, “You said you were busting at the seams before; do you feel as if you have adequate storage now?”

Doug said, “Right now, I would describe my storage as adequate, but I could have a case tomorrow where I have a truck load of items. Anybody will tell you they never have enough space. And I’ve seen evidence rooms that have three times the amount of items that I control – that are seven or eight times the size of my room. So yeah, space is always a consideration.”

Doug continued by saying, “There’s nobody in prison that doesn’t have evidence stacked up in an evidence room. I mean, that’s how people get to prison. So, you never want to discourage the taking of evidence because judges, juries, prosecutors – even defense attorneys – they need that.

And that’s our job… to collect evidence – exculpatory or otherwise – to get the facts established in criminal prosecutions. So, if the process is cumbersome, or the process is a pain for the officers, then quality goes down, your conviction rate would go down, your number of arrests would go down; the way you do your job is going to be lower quality.”

The Tracker rep said, “And how about officers… Did you have any pushback about using evidence tracking software?”

Doug said, “We have to make sure that we demonstrate, and train them, as to why this software, or this procedure, makes their job more effective; makes it more efficient. And they will almost always respond to that. The light bulb goes off and a good officer says, Hey, yes, I can do a lot more with this. This makes more sense. This is going to save me time. This is going to provide more accountability in my cases.

I’ll give you an example… I have officers that pull up pictures of items – because they’ve used the SAFE mobile app – and showed them to the defense attorneys right before court. We’re not checking evidence in and out, they can just show them… Here’s the bong the guy had. Here’s the gun. Here’s the knife. And that makes their life a whole lot easier. It just enhances the process. So anything we can do to make that officer’s job in the field easier, is what we should all be doing.” 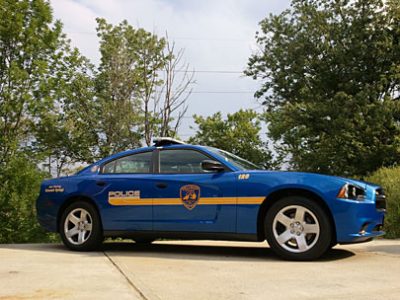 The Tracker rep asked, “If you were to recommend Tracker to somebody else, what would you say?”

And when you’re talking about evidence, I think it’s so important to have a standalone, cloud-based system, where your entire staff can access it – with given permissions – to see your evidence quickly. And the only thing you’re depending on is a device and the internet. And if you have that, you can do what you need to do.

The system has worked well for us, but over and above that – at least in my experience, being involved in this for the last three years as an evidence manager – it’s been the customer service. When you call SAFE, there’s a team of people that are gonna get back to you and help you solve that problem.

Kristee has been here several times to help us with some agency-specific issues or to help train us. We usually get two people, when they come by, and we get problems solved very quickly. Not only in person, but over the phone and in chat rooms.

We’ve also partnered with the Evidence Management Institute. I think Tracker sponsored that training, and it was outstanding training that we were able to take and directly apply. It’s a great relationship that SAFE has fostered with EMI to help evidence custodians, like myself, all over the country.”

The Tracker rep asked, “Is there anything we could have done differently with the software?”

Doug said, “The way of the future is integration and convergence. If we could get the program vendors, and the state, all on the same page, we would save millions and millions of dollars.

I’ve got an example [of how you have done things differently with your software] too. I have it set up where a police clerk is constantly researching items to be disposed of. She wanted a specific tag in the software that says court-ordered disposal. Once we got an item that was approved for court-ordered disposal, she would get her list and very simply go in and tag those items to pull and destroy or dispose of.

Tracker had no problem adding that tag into our software within a couple of weeks. It was customized exactly the way she wanted it. And we’ve done that on three or four different things that we wanted to look a little bit different or act a little different within the software. It’s so customizable when you pair that with their customer service and relationship we’ve had with them… I can’t see where we would do any better with anybody else.”