A Fallible Chain of Custody and the Unsolved Murder Case

In criminal cases, most of the evidence is collected, submitted, managed and transferred by law enforcement officers. Because protecting the integrity of evidence is key – in order for justice to be served – it can be alarming to consider the consequences of agencies who misplace, compromise, lose or wrongfully dispose of evidence. Murderers, rapists, larcenists – as well as a litany of other criminal offenders – are free to kill, assault, and steal as long as the chain of custody is fallible.

In cases where the police mishandled evidence, the ‘exclusionary rule’ may also be implicated. This is because evidence that has been mishandled could have been subject to tampering or contamination. That’s why it’s imperative to have digital evidence tracking software that will simplify, streamline, and secure physical and digital evidence.

Without having an effective evidence tracking system – that holds ALL evidence handlers accountable for their actions – even the most well-intentioned law enforcement officers can be rendered powerless in the pursuit of justice. Take the case of one New Jersey detective who was willing to be a whistle-blower, for all the right reasons…

According to an article in The Philadelphia Inquirer, veteran Detective Jeffrey Scozzafava filed a lawsuit against the Somerset County (N.J.) Prosecutor’s Office, alleging that he was removed from the forensic unit because he reported his supervisor for destroying evidence taken from the house where John P. Sheridan Jr. and his wife were found dead. 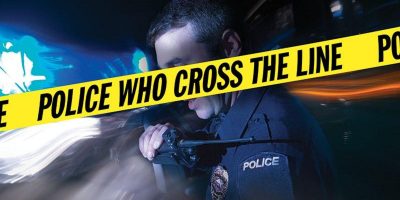 According to the civil lawsuit, the detective – who has 31 years of experience in law enforcement, and is an expert in forensics – said the evidence collected from the Sheridan home had not been properly stored and tested. He also said that supervisors in the unit, including Captain, Lee Niles, lacked adequate forensic training.

The victim’s four sons have challenged the findings of the Prosecutor’s Office, which concluded John Sheridan, 72, fatally stabbed his wife, Joyce, 69, then set their bedroom on fire and committed suicide. The sons say their parents were murdered, and have taken legal action to overturn the suicide ruling.

A dispute between the Prosecutor’s Office and the Sheridan sons turned public when the family accused investigators of falsely concluding that their father was responsible for the crimes in order to cover up a “botched” investigation by the county and state medical examiner.

Related: Evidence Destruction and the Body Under the Bridge

Detective Scozzafava’s lawsuit states that the evidence in the Sheridan case was destroyed, blood swabs were improperly packaged, and facts were fabricated regarding fingerprinting in the house.

Mark Sheridan, one of the couple’s sons – who is a lawyer, said Wednesday night that his family was “shocked” by the detective’s lawsuit. “It seems to confirm the worst of what we suspected. In fact, it goes further than what we ever conceived,” he said. “If these allegations are true, the individuals involved should be prosecuted to the fullest extent of the law.”

“It was common knowledge, and a topic of conversation among detectives assigned to the forensic unit, that the Sheridan evidence was improperly collected, improperly preserved, and subsequently destroyed,” the suit says.

Even before the Sheridan deaths, Scozzafava brought his concerns about the forensic team to Somerset’s chief of detectives, Tim Fitzgerald, who responded with, “You’re killing me,” according to the lawsuit.

Much of the lawsuit focuses on the Sheridan case and is similar to concerns raised by the Sheridan sons, who alleged that officials performed a sloppy investigation and failed to dust for fingerprints or check for blood throughout the house. 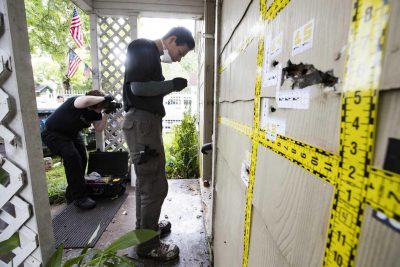 Scozzafava, who was out of town on the day of the Sheridan deaths, alleges that detectives and technicians failed to follow proper protocol at the scene. When he returned to work, he said, he noticed a large piece of charred bedding “laying exposed” in a vehicle bay, and charred bedding stored in an open bag in the fingerprint lab at the prosecutor’s offices. Scozzafava raised concerns, but the evidence still was not properly stored, according to the suit.

Additionally, Scozzafava alleges that Niles advised an assistant prosecutor that the Sheridan home was checked for fingerprints using the “flashlight technique,” the suit says.

“Mr. Scozzafava knew that no such ‘flashlight technique’ existed in the forensic or scientific community, and was an obvious excuse for nonfeasance during the scene processing,” the suit says.

When the assistant prosecutor ordered Niles to purchase a doorknob and demonstrate the technique, Niles… took the day off.

Related: A Bumbling Cop or a Flawed Evidence Tracking System?

If the New Jersey Prosecutor’s Office had an effective, digital evidence tracking system, and other properly trained evidence handlers, Scozzafava would still be a detective in the forensic unit and the Sheridan murders (as well as other crimes) would most likely be solved.

Bottom line: Evidence management is much more than a barcode solution. In addition to inventory control, you need a system that’s capable of producing an unbreakable chain of custody, providing documentation of evidence movement and transfer, and facilitating communication between investigators and property room personnel.

Tracker has created the most advanced evidence management software on the market, SAFE. Along with state of the art barcode tracking, digital and physical data storage, non-amendable chain of custody, and digital signature collection, SAFE also has an intuitive interface to make all of these functions easy to perform. Tracker’s mission is… to provide an efficient means to manage evidence, ensure agency accountability, and streamline the evidence management process.

Do you need a better system for managing evidence, collections, assets, legal records, or other sensitive information? We can help you get back on track. Contact us today to learn more about Tracker’s software or to get information about a free trial.