A Decrepit Evidence Facility and Missing Bundles of Cocaine

The shape of your evidence facility says a lot about the overall professionalism and reliability of your department. A lack of organization in your evidence storage facility makes it difficult for law enforcement to track and locate evidence, which can hinder the legal process and/or result in an unfortunate mistrial; giving criminals the freedom to commit more crimes and providing no justice for innocent victims.

In order to be effective, the evidence management system should include at least three components: a secure and organized storage facility, well-trained law enforcement personnel (including evidence custodians), and an effective digital tracking system. When working in tandem, this combination ensures an unbreakable chain-of-custody that protects and tracks biological and digital evidence, drugs, weapons, valuables –  and more – while also addressing the most critical challenges in the evidence management process.

Don’t know the impact a disorganized evidence storage facility can have? Check out this cautionary tale… 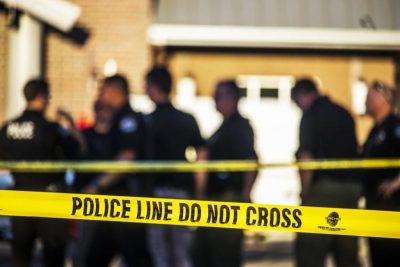 According to an article in the Oregonian, “Seized narcotics were missing from the Portland Police Bureau’s property evidence warehouse. Detectives investigated but failed to figure out what happened to the bundles of cocaine.

“As we understand it, the report was pretty inconclusive,” said Drummond Kahn, the city’s director of audit services. “They couldn’t tell if the narcotics were misplaced, destroyed, not properly logged or if an employee took them.”

According to the audit, the incident prompted the police bureau to install 24-hour video and audio surveillance; required two employees to enter high-risk storage areas together— where evidence such as drugs, weapons or cash is stored — and to notify a manager immediately when high-risk evidence is missing.

The auditors also made these recommendations:

“Preserving evidence is critical in the prosecution of criminal cases,” the audit said. But, the bureau faced challenges preserving evidence in the building, where leaks let water in – condensation rusted firearms, and mold grew in the narcotics room.

The bureau then spent $18.8 million to retrofit a city warehouse on Northwest Industrial Street into its property evidence room, gladly moving out of an aging building that had been its property headquarters for 23 years.

In the new warehouse, firearms, narcotics, and cash are held in temperature-controlled rooms behind bullet-resistant doors with double locks and alarms. The bureau receives more than 50,000 items a year. In a new audit, they wrote; the bureau does a good job of overseeing more than 270,000 items of evidence, found property or prisoner property evidence at its Northwest Portland warehouse. More than 600 items inventoried by city auditors were found out of place, but none were missing.” 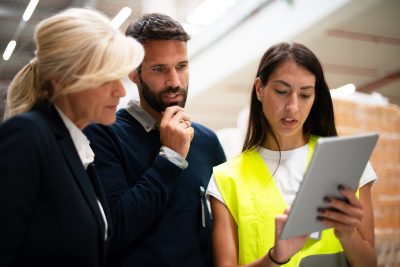 Not sure what the evidence life cycle is? Here’s a brief description…

With Tracker Products, evidence logging can begin from the field or in the evidence submission area. We know packaging is critical – and that’s why our system prints a clear label with all necessary information – no scribbled writing, no extra paperwork.

Our system makes it simple too! With Tracker Products, the intake process can be as easy as inspecting the package and two or three scans later, it’s ready for storage. Every action is securely recorded maintaining an unbroken, unimpeachable chain of custody.

If evidence needs to go to the lab for analysis or to court for trial, you can transfer items digitally and capture signatures or add attachments in the system. If you’re working with outside agencies or entities, you still have the flexibility to print release or transfer documentation from the system.

No need to check the item’s history, our software will send the submitting officer a retention review request to approve the disposal of the item, if appropriate, or request to keep the item for a specified period of time before the next review.

Related: EVIDENCE AND AUTO DISPOSITION: WHAT IT IS, WHY IT’S IMPORTANT, AND HOW IT’S DONE!

Step 4 is crucial for the ongoing organization and functionality of your evidence storage facility. An effective disposition system ensures that agencies dispose of at least as much evidence as they bring in on an annual basis. Disposition rates lower than 0.75:1 (disposal to intake) ratios can create long-term systematic storage and sustainability issues for evidence management operations. Simply put, the end result is… a disaster waiting to happen.