A Bumbling Cop or a Flawed Evidence Tracking System?

At Tracker Products, we believe law enforcement agencies should be committed to having the best evidence management system possible. It’s not enough to simply collect and list evidence.  In order for justice to be served, it’s imperative that the evidence is properly handled and diligently tracked – using an evidence tracking system that ensures a bulletproof chain-of-command. By doing so, police officers and evidence managers play a powerful role in serving the justice system and ensuring the integrity of criminal cases.

However, there’s a push-pull happening within the evidence management dynamic. On one hand, agencies want to limit access to evidence in order to preserve a secure chain of custody, but that lowers visibility within the agency. (You’ll see why that doesn’t work, soon.) On the other hand, most criminal cases require frequent interactions with evidence – with both internal personnel and external stakeholders. The combination of low organizational visibility and a large pool of individual involvement can have disastrous results. See the following example of how one agency’s lack of tracking protocol failed them… 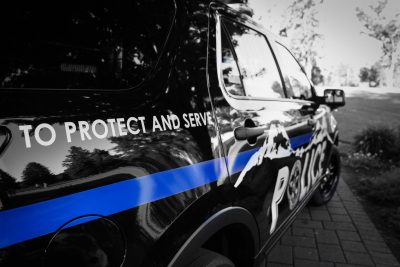 According to an article in the San Francisco Chronicle, “A police officer narrowly avoided being fired after internal investigators found that he had mishandled evidence in dozens of cases and may have left a bag of Vicodin at the scene of an arrest. The probe began in early 2017, after internal investigators received information regarding the misrepresented information in a police report.

The first case in question stemmed from a Dec. 6, 2016 traffic stop, in which the police officer determined that the driver and a passenger of the car had warrants for their arrest. A subsequent search of the car revealed a baggie of white pills – identified as Vicodin – plus, syringes, glass methamphetamine pipes, and suspected liquid heroin.

However, investigators say the police officer neglected to mention the pills in his initial report and later told a sergeant he had discarded them. After the sergeant directed him to search the dumpster, the officer said he couldn’t remember what he did with the pills and may have left them in the car.

Amid the investigation into this case, the officer also implicated himself in a whole new inquest. He told investigators that sometimes he held off on booking photos or videos, from his phone, into evidence until he received a reminder from the property technician.

***Note the important role of property technicians. They’re only as good as the tracking systems – and training – they have.

The San Francisco Chronicle went on to say…

The revelation sparked an audit into the officer’s evidence handling history, and investigators reviewed 116 cases from 2015 and 2016 in which he reported booking photo or video evidence. Of those cases, investigators found 31 cases in which the officer indicated items were booked but they were not accounted for in evidence. According to transcripts of the officer’s interviews, he told investigators he wasn’t initially aware of the rules and regulations surrounding “false reports.”

In a separate interview, the officer said he couldn’t be sure what happened to the Vicodin pills and that they may have been picked up by a passenger who wasn’t arrested.

In an April 18, 2017, letter, Chief Chaplin told the officer that he intended to fire him and issued a scathing assessment of his conduct. “You have repeatedly proven yourself incompetent in the handling of evidence and completion of reports and raised serious questions about your honesty,” he said. “The department therefore has no choice but to terminate your employment.”

Okay… that’s one solution. But, firing him won’t solve the underlying issue.

The efficacy of a law enforcement’s evidence management system is an excellent litmus test for understanding the agency’s integrity as a whole. Sustainable evidence operations implement accountability and compliance measures to ensure the preservation, and the exact location of evidence for the entire lifecycle of criminal cases. 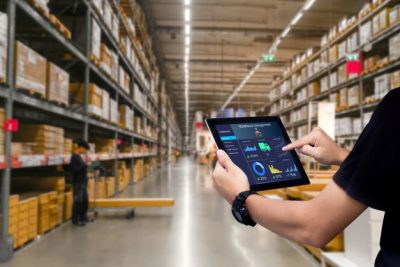 From the time an item is collected in the field, the evidence life cycle clock starts ticking. Some items will stay for weeks, others years, some forever. But each item stored in your evidence facility has the same essential life cycle: collection, submission, intake, storage, transfer, and disposition.

How do you know if your current evidence-tracking system is effective? Our sister company, the Evidence Management Institute, has designed an E-Health Check. It’s designed to provide you with a snapshot of your operation’s key performance indicators to see if they’re effective and sustainable.

With just a few pieces of information about your agency’s evidence operations, they’ll give you a report detailing areas you might consider addressing as a means to improve your evidence management system. You don’t have to provide specifics or any sensitive information regarding your operations, and the information you’re unable to provide can often be just as useful as hard data.

If, after your E-Health check, you deem your current evidence tracking system to be less than stellar, you then need to determine the areas for improvement. However, as you may already know, not all tracking systems are the same. And making the wrong decision can have disastrous effects, as this related article shows…

While Tracker Products’ software platform has designed the features and functionality to meet the needs of law enforcement – while also aiding in all aspects of evidence management, from collection through disposition – we encourage you to decide for yourself.

We suggest you review our guide for determining the best Evidence Management System (EMS) for your needs. Visit Tracker Product’s EMS Decision Guide and our free evidence management comparison worksheet, to make an informed decision.

To learn more about Tracker Products, Contact Us Here!